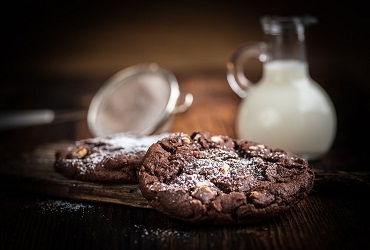 Local Baker teams up with Otter Financial for business expansion

Terry Collins, an Artisan Baker was fascinated by the idea of peer-to-peer lending so much that he opted for small business loans in Ireland twice from Otter Financial. The business, which supplied organic bread to the nearest cafes, retail stores and restaurants, was only short of funds, but the distinguished Irish P2P Lending platform resolved that too. When this business teamed up with Otter Financial, significant improvements were predictable both from the perspective of production and distribution.

It all started when Terry Collins was pursuing his career as a teammate in a local bakery store. This was when he discovered his love for making bread and with the idea of organic food in mind; he proceeded to train himself as a baker and later established his own business in Galway. However, he knew that to implement this plan, he needed sufficient experience in this field. After working in that bakery for three long years, he finally realised that the time was perfect for starting up his own business.

In 2012, he set up Upper Crust Bakery, where rustic loaves, bagels, whole wheat bread, buns, spelt bread, baguettes and other organic bread were common. His passion for baking was such that he even spent huge sums on acquiring the finest organic ingredients and channelled all his energy to follow ardently the conventional bread making process. Whatever he came up with, was distributed to the nearest cafes, restaurants, retail outlets and market all across Galway.

In 2014, when his business started prospering and his customer base grew, he realised the importance of investing in two additional specialised bread delivery vans in order to pacify the rising demand of his clients. Lack of cash forced him to look for funding options tailored for SMEs. However, anything, which he looked out for, claimed patience as the process were all arduous. This was when he came across Otter Financial, an Irish P2P lending community.

As soon as he took up this option, he straight away saw his proposal being presented before hundreds of lenders. The next moment his small business loan was fully funded and he finally was able to invest in specialised delivery vans. This led to a significant improvement in his distribution efficiencies. The outcome of applying for a loan before Otter Financial was so impressive that the next time when he decided on purchasing Dough Makers, he knew exactly whom to contact. Since the lenders at this P2P lending platform were already familiar with his business, the loan approval process turned out to be prompt and more of hassle-free. With Otter Financial’s support, not only did Terry Collins perk up the production and distribution facilities but also raised the business profile of Upper Crust Bakery to a remarkable level.

“Otter Financial has played a crucial role in generating business growth. To me, it is a perfect match for aspiring SMEs, who are in urgent need of funds. I really believe it to be the future of business lending.”