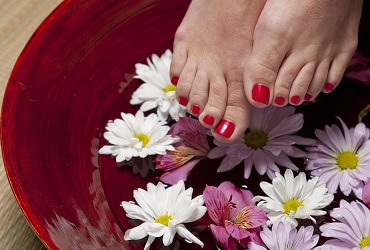 Purpose: To finance the working capital mandatory for meeting the rising demand

Teamwork splits up a task and multiplies the success rate

When Brianna Moore was in urgent need of fund, required for financing her family run business and taking it one-step ahead, loans from the prominent peer-to-peer lending community- Otter Financial made perfect sense.

Connor Hand and Foot Spa, a family run affair, is a brainchild of Cara and Terence Moore. However, it is their daughter Brianna, who has taken charge of every responsibility, leading a team of hardworking professionals, ready to go any extent just to see the business flourish. Established in the year 2007, the spa caters to every tired soul, in search of a restorative hand and foot treatment. The business seemed to take advantage of the two luxurious locations- Cork and Dublin, in Ireland. The lavish surroundings and the premium service provided by the spa worked in favour of it. In 2016, they finally met the standard they were aiming for and the demand for their spa services tripled. This was so much that they even had to employ a third-party calling service for handling the huge inbound calls that started coming.

This was when the Moores realised the importance of funding for augmenting the working capital and taking absolute advantage of their growing popularity. Moreover, since it was Christmas knocking on the door, they were in urgent need of working capital just to work up on different fronts. It was at this moment that Moore’s family friend suggested taking assistance from Otter Financial, a reliable P2P Lending Company in Ireland, promising interests rates much lower than those available at the Irish banks.

When the Moores approached the proficient team of Otter Financial, they were enlightened about the easy availability of small business loans in Ireland from real people, who they thought could be transformed into their future customers as well. As soon as Brianna decided on taking support from this renowned Irish P2P lending community, the latter started taking helm over the rest. The process turned out to be even more prompt, with the small business loan request being met in just a few days.

Finally, Brianna was handed over the long-awaited amount that she was looking forward to. This was enough to carry forward her business and prepare themselves for the upcoming Christmas phase. With that collected sum, she was able to augment the capacity of her business, hire new services and add on to their existing stock. Initially, something, which appeared an impossible venture due to lack of adequate fund, had finally seen the light only with the support of Otter Financial and its hardworking team. Today, the business owner of Connor Hand and Foot Spa is grateful to this peer-to-peer lending community for their seamless process and affordable rates charged for the loans as a whole.

“Working with Otter Financial was indeed a metamorphic phase for our business. Watching an organisation operating just to support the local entrepreneurs is applaudable. “